NEW ARRIVAL  Zemaitis made guitars for just about anyone who was anyone in the 70’s – Keith Richards, Ronnie Wood, George Harrison, Eric Clapton, Greg Lake, Ronnie Lane and Joe Walsh should give you an idea of Zemaitis reputation. As each guitar was a one off, they are almost certainly all in private collections (A twelve string of his built for Clapton called “Ivan the Terrible” sold recently for $253.000). The George Harrison acoustic is probably one of the best known examples, and one of the most distinctive looking. In 2009 Avalon produced two very fine examples of this particular guitar as prototypes. The top features Alaskan Spruce, with Indian Rosewood back and sides. The neck is 9 piece construction, which are South American Mahogany, American Walnut, South American Purple Heart and English Sycamore, and the fingerboard and bridge are Ebony. As the use of such fine materials would suggest, this guitar is built to a very high standard, with fantastic feel and finish. The body shape is essentially a 00, but with extreme curves, and produces a well balanced tone with particular emphasis on the mids – it has a bright, punchy tone with excellent clarity and sustain. The guitar has a very high end LR Baggs Dual Source pickup installed, and comes in it’s original Hiscox flight case. 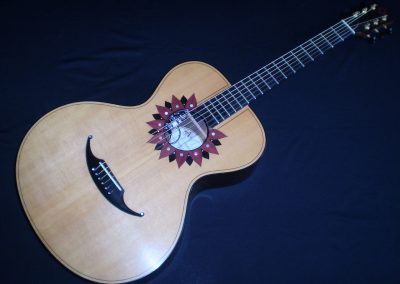 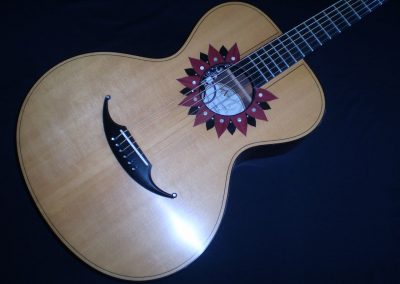 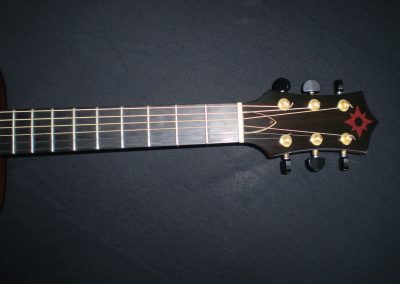 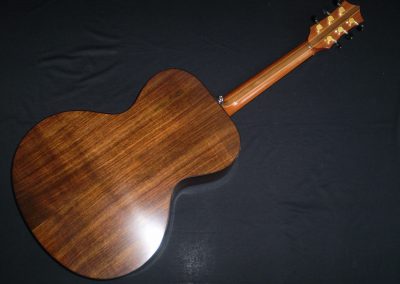 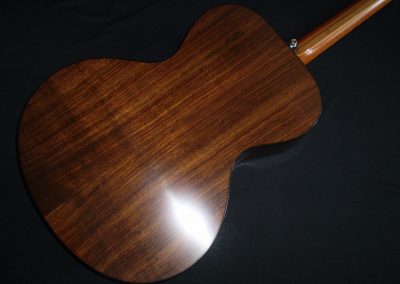 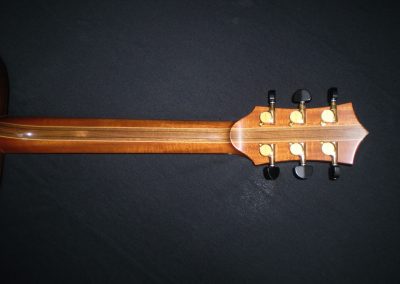 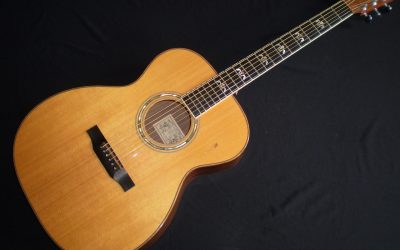 NEW ARRIVAL  The Larrivee 19 series is from their top end range where the beautiful Abalone inlays match the high grade tonewoods used, and the excellent build quality. The guitar features a Spruce top with Rosewood back and sides, a bound Ebony fingerboard and Ebony...

NEW ARRIVAL  Collings are one of the best high end acoustic guitar builders, from Austin, Texas, producing genuinely hand made guitars. This C10A is a classic fingerpickers guitar, with Adirondack Spruce top and Mahogany back and sides. However, the incredible sustain... 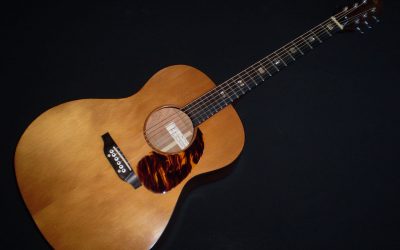 NEW ARRIVAL  Since 1972, Rob Armstrong has made a name for himself for making one off custom builds for some of the best known acoustic players around. This guitar is a fine example of an oversized dreadnought, with a lower bout resembling that of a jumbo. It features...