NEW ARRIVAL  This is very rare find. Built in 1980 and based around the Mark series of guitars that Gibson produced in the mid – late 70’s, but with a traditional belly bellow bridge, a vintage style 3 point tortoiseshell pickguard, and a deluxe multiple bound headstock with Abalone flower pot (torch) inlay, and high end gold Grover Imperial Stair Step tuners. It’s a treat for the eyes as well as the ears. The guitar features a Spruce top with Mahogany back and sides, and produces a very full tone, warm and rich, with good attack and long sustain. It’s in good condition, with no cracks or repairs, just a wear patch below the pickguard, a few nicks and dings, and signs of general playwear. It also has a filled jack socket on the treble side rim, close to the end pin. All in all it’s a very interesting and unusual guitar, built at a time when Gibson were really trying out new ideas. The label reads Prototype, Mark VIII, Serial Number One, but I’ve never seen another guitar like it, suggesting this was the only one made. The guitar comes in a non original hard case. 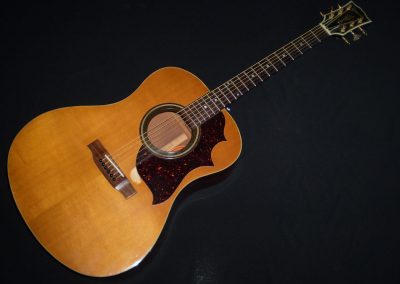 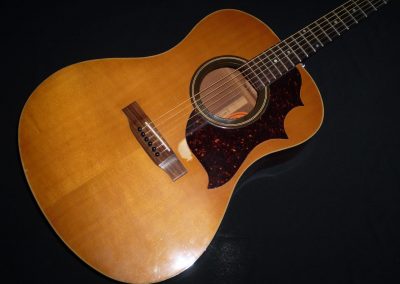 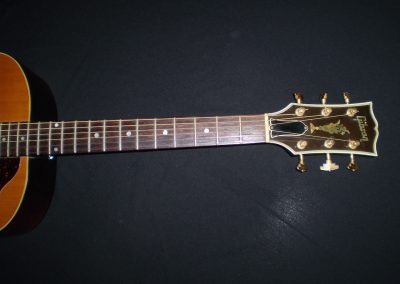 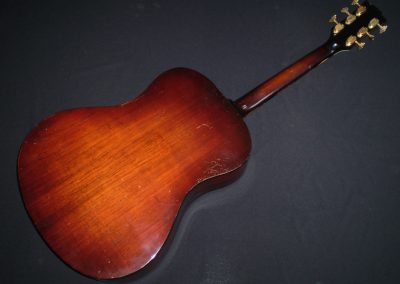 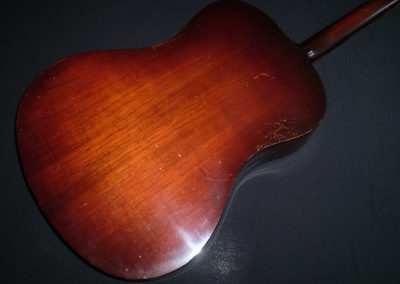 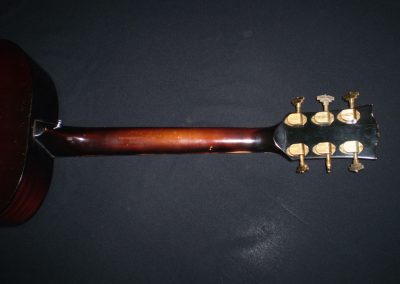 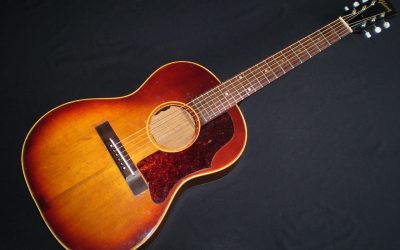 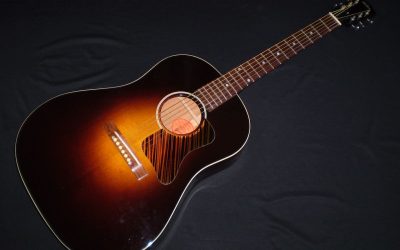 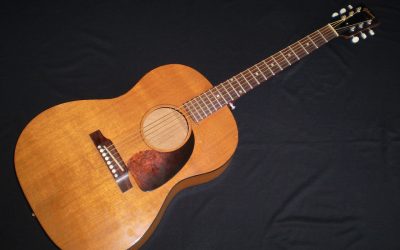