NEW ARRIVAL  Gibson bought Epiphone in 1957, and moved it to the Gibson factory in Kalamazoo, Michigan in 1960. Epiphones were then built in the Gibson factory from 1960 – 1969 until being transferred to Japan in early 1970. So buying a 60’s Epiphone gets you a USA made, Gibson produced guitar. The El Dorado is a deluxe model, featuring diamond fingerboard and headstock inlays, a bound neck and multi bound back and sides. It’s the equivalent to a Gibson Hummingbird or Country Western, only at a more affordable price. This example has that iconic 60’s Gibson / Epiphone sound, a deep bass with balanced mids and trebles. The cherry sunburst top is still vibrant, and the guitar is in good but played condition with several scuffs and dings, but no cracks or repairs. The action is good and it’s a dream to play with a slim, fast neck. It comes in a non original hard case. 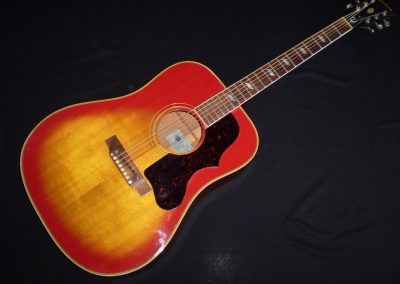 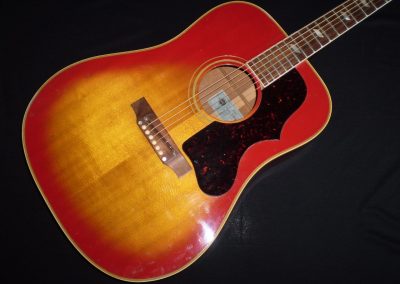 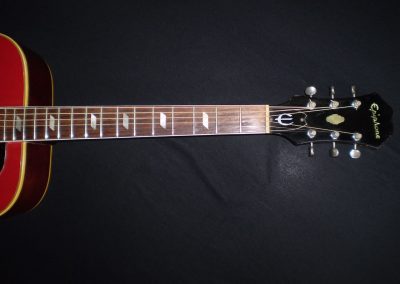 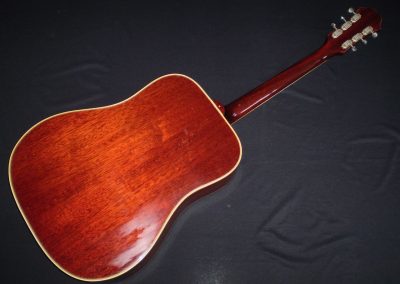 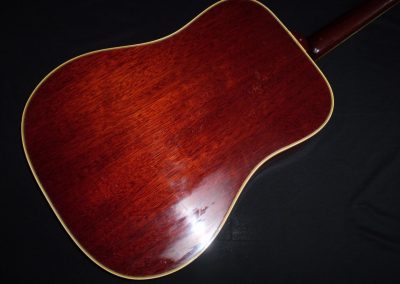 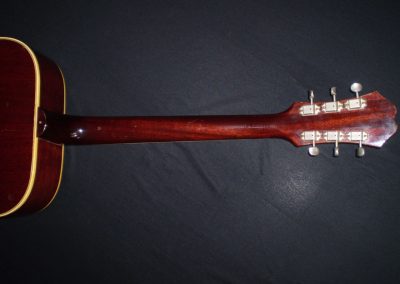 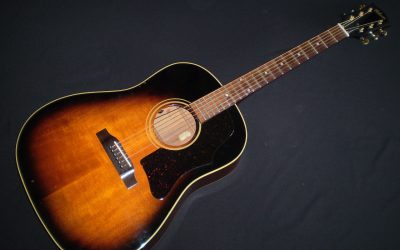 SOLD  This J45 is a one off, built in the Kalamazoo factory in 1970 by a Gibson employee. Gibson allowed him to use any parts from their store to build a beautiful slope shoulder J45. In 1970 Gibson had switched to making the J45 a square shoulder guitar, so this is... 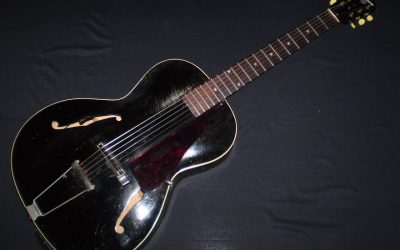 NEW ARRIVAL  Introduced in 1935, and only available in a black finish until 1936, this 1936 Gibson L30 is a striking looking example in very good condition. It’s quite rare to find an example with it’s original tortoise pickguard, and the guitar also features a 1936... 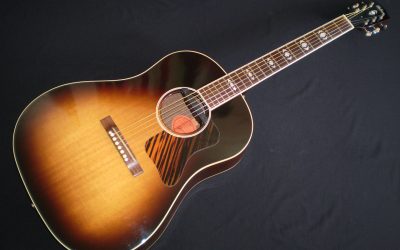 NEW ARRIVAL  The Advanced Jumbo is a fine example of why Gibson’s reissue series is so important. The AJ was first introduced in the 1930’s, and only 300 were made. So very few people will ever have the privilege of playing one. When Gibson reintroduced the model on...