NEW ARRIVAL  Gibson bought Epiphone in 1957, and moved it to the Gibson factory in Kalamazoo, Michigan in 1960. Epiphones were then built in the Gibson factory from 1960 – 1969 until being transfered to Japan in early 1970. So buying a 60’s Epiphone gets you a USA made, Gibson produced guitar. With this in mind, this 1965 Epiphone Cortez is the equivalent of a Gibson LG2 – a small bodied, Spruce / Mahogany acoustic with X bracing. It’s a very warm sounding guitar, well balanced, with a rich sounding mid range. Although this guitar would be considered to be a great bluesy fingerpicker, the 55 year old Mahogany giving the guitar warmth and depth,  it’s actually quite versatile, working well for light strumming, with plenty of attack when soloing. The guitar is in excellent condition, with a beautifully faded cherry burst top, the right amount of playwear for a vintage guitar of this age, and the neck feels great, with a comfortable playing action. The guitar comes in a non original hard case. 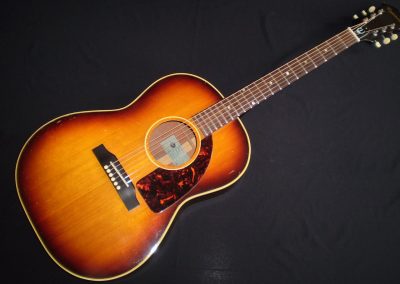 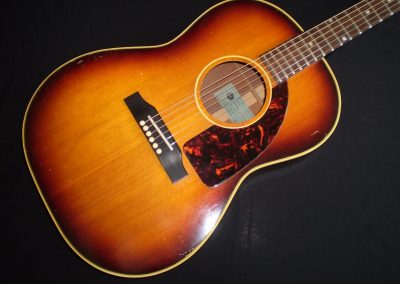 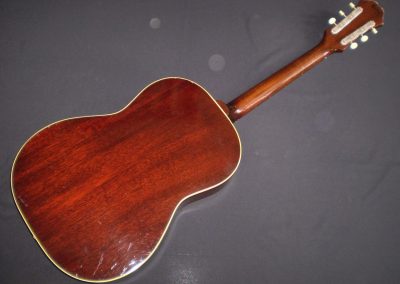 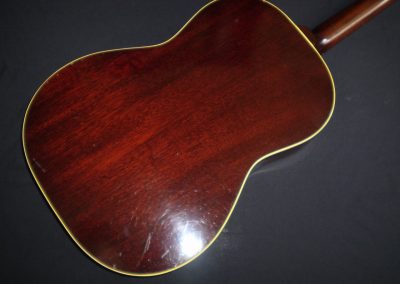 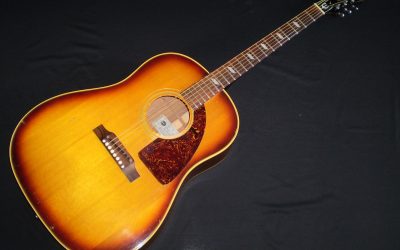 NEW ARRIVAL  This guitar is a great example of a Gibson made Epiphone, during the time when Gibson had bought Epiphone and both brands were made under the same roof in Kalamazoo Michigan. It’s arguably Epiphone’s most famous flat top model thanks to it’s association... 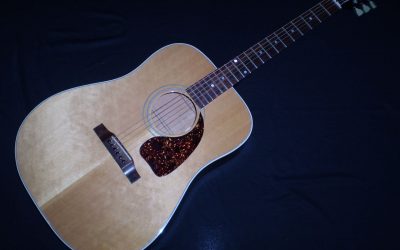 NEW ARRIVAL  Only available between 1985-1997, the J30 was originally designed to be a budget version of a J45, and is a classic example of the 'workhorse' guitar. The square shouldered dreadnought, with natural finish Spruce top and Mahogany back and sides with... 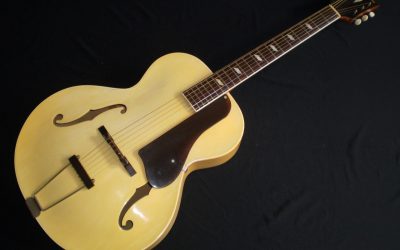