NEW ARRIVAL  Emile Grimshaw was one of the forerunners of British guitar building. Working in the 1930’s and 40’s, based in Piccadilly in the heart of London, he produced both archtops and flat tops, and was one of the first to produce electric pickups. This is one of his earliest examples of an electric guitar. It’s based on his Hartford acoustic model, which is pretty rare in itself, but this example has a fixed bridge with individual string adjusters, one of his early pickups, and Bakelite volume and tone controls mounted on either side of the body (the volume control has a brass surround engraved like a speedometer). It looks like the guitar was originally designed to be played on the lap, and is only fretted to the 12th position. But with a chunky but comfortable feeling neck, the guitar can be played in the Spanish position as a slide guitar, and if you don’t go beyond the 12th fret it works well as a traditional guitar without a slide. Unplugged the guitar has a dry, honky tone, very bluesy – reminiscent of a 30’s Chicago blues box. Plugged in the pick up is very responsive, quite gutsy and raw sounding. To add to the guitar’s rarity, it comes in it’s original coffin case. 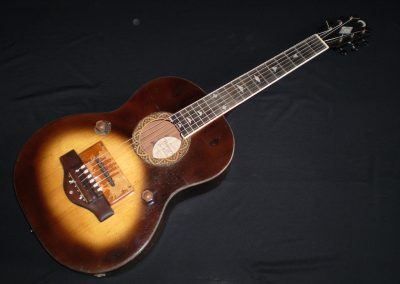 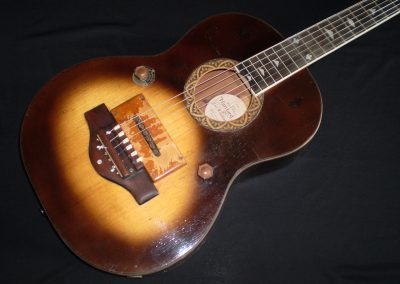 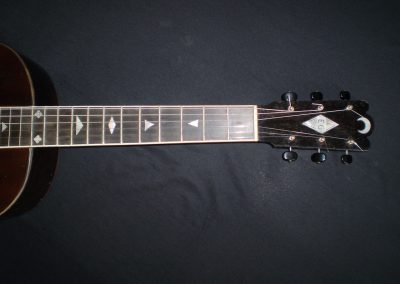 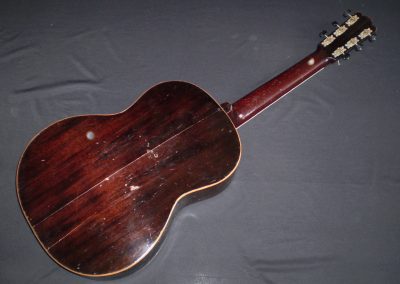 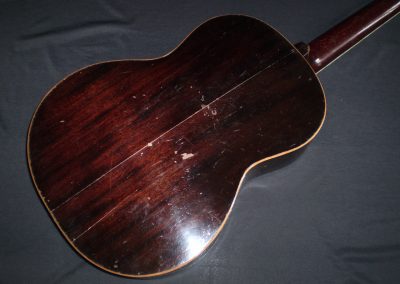 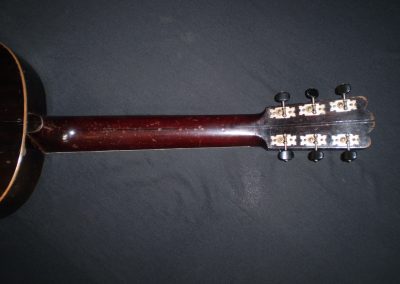 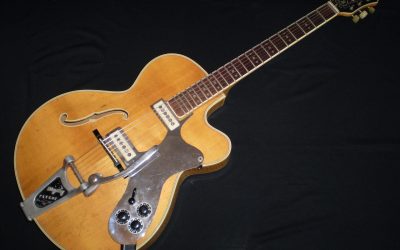 NEW ARRIVAL  Hofner guitars have become very collectable, and represent a great way of buying a cool vintage archtop without paying a high price. The President is the top of the range model above the Congress and Senator - a sign of this is the hand carved solid top,... 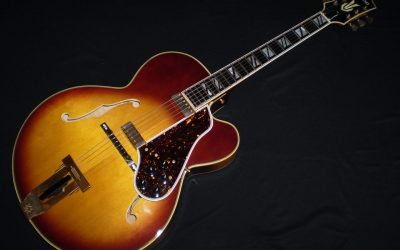 NEW ARRIVAL  In the early 70's, Ibanez set out to make high-precision replicas of Gibson's top-end instruments. These copies were so good that Gibson sued to stop production. Known as 'lawsuit' models, these guitars are now coveted for their quality and faithfulness... 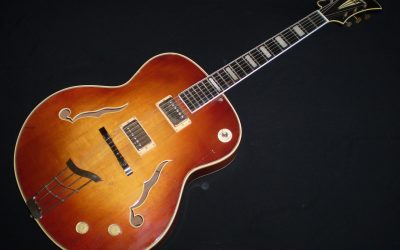 NEW ARRIVAL  Crafton Rex are one of the best, yet least known archtop guitar makers of the 1940’s and 50’s.  Considered to be luxury guitars, this is the top of the line model from the classic brand, made in Gothenburg, from the golden age of guitar making in Sweden....